LOST TREASURES OF ROYALTY THAT ONCE AGAIN SAW THE LIGHT
There is no doubt that the idea of possessing a treasure of the great royalty makes the imagination fly to many of us, even more knowing the enigmatic origins, sometimes hidden, and other recorded in historical events. Let’s do an exercise from creativity, here I pose two situations:
Imagine that one morning you wake up and, for reasons of life, you remember that you are a multimillionaire and shareholder of some company that is at the forefront of the market, so, naturally, you have a lot, a lot of money and, as is also natural, you can afford luxuries within the reach of few. Does it sound good?

USD $ 36 million, is the amount you decide to spend on a fine piece of jewelry for your partner. And when I speak of fine, I mean royalty: royalty jewelry. Well, can you believe that is the real amount that someone ended up paying for a diamond earring with natural pearl, which was part of the personal collection of Queen Marie Antoinette, back in the 18th century?
But now, imagine that you are an ordinary person (as you probably are in truth), and you happen upon the news of a huge auction, where they sold about 100 pieces of different collections of royal jewelry, which belonged nothing less than to the Bourbon and Parma families.

Well yes, this happened in Geneva (Switzerland) last November 2018, as part of a commemorative event for the 225th anniversary of the execution of Austria’s Archduchess and Queen consort of France, Marie Antoinette, King Louis XVI’s wife, who both died during the French Revolution.
Sotheby’s, which hosted the event in one of its European venues, made public through press releases details about the royal jewelry collections of the Bourbon and Parma families, many of them lost throughout history. Highlighted were a group of nine pieces belonging to Marie Antoinette, just the few that are still known in existence.
This leads us to think about the true value of lost treasures that were once synonymous with opulence, loyalty, glory, and today perhaps adorning the skins of a lucky one with millions, a famous maybe?

The earring mentioned at the beginning, which raised more money then any other, was an opulent pendant composed of 119 natural pearls and diamonds, with an estimated value between USD $ 200,000 – 300,000, finally sold in USD $ 2,278,499 million.
According to Sotheby’s, of the USD $53.7 million invested by the sales of the royal collection, plus other pieces that belonged to King Charles X of France, to the Duchess Maria Anna of Austria and the rest of the imperial family, only USD $42.8 million came from Marie Antoinette’s jewels, becoming the largest real jewelry sale in history.

MARIE ANTOINETTE’S JEWELS: A FAMILY INHERITANCE ALMOST LOST
Queen Marie Antoinette’s rebellious and ostentatious personality, as well as her delirium by jewelry, has been well documented. She is always seen portrayed wearing magnificent pieces that embellished her hands, neck and ears: diamonds, earrings, precious stones, jewelry worthy of high royalty. All this came to an end when she got persecuted and imprisoned, in the midst of one of the most important revolutions in human history.

It is said that before trying to flee France with Louis XVI and her four children, the queen packed in cotton and wooden boxes all her jewelry collection, and sent it to Brussels with the help of Madame Campan (Jeanne Henriette), where one of her sisters, Maria Christina, was ruling. From there they went to Vienna, at the hands of one of the daughters of the queen, Maria Teresa, who gave them to Louise of France. All this always hidden, so they were used and passed from generation to generation, but secretly.
Robert I, last sovereign Duke of Parma, conserved them until his death in 1907, and by then they had passed through several lines of European royalty, being the descendants of Marie Antoinette and family – the ones chosen to enjoy them in post-revolution events. The last thing that was known about some pieces, was that they were in Spain, owned by Alicia de Bourbon- Parma and Hapsburg-Lorraine (aunt of King Juan Carlos I), who had worn them on certain occasions, as in the wedding of the current kings Felipe VI and Letizia, in 2004.

MAIN HISTORICAL PIECES AND VALUES ACHIEVED
Although the new owners who squandered huge sums for the pieces decided not to reveal their identities, it is well known that the main beneficiaries were the princesses Marie and Inés de Bourbon-Dos Sicilias, first cousins of the late King Juan Carlos, since they decided to donate the treasures that were the secret of generations to be worn today with majestic freedom. 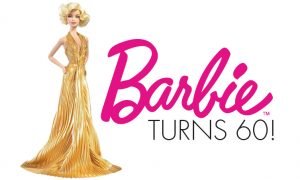 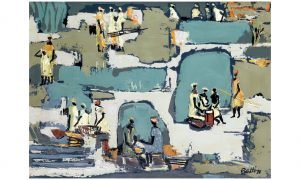 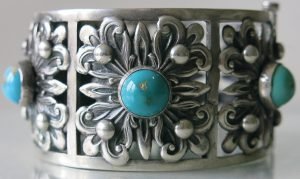